Mid of October we had some epic South-East wind, which brought us some nice waves at the Baltic Sea. Kaegnes was on fire and I really enjoyed jumping this day. Then, the wind shifted to East/North-East for some weeks, which is pretty uncommon for this time of the year. Normally, we have a lot of westernly storms in Northern Europe from October to December. But the climate change seems already to influence the wind systems.

The weekend after my birthday, Claudius and I headed up North to spend the weekend with some friends. Since, the danish wave and freestyle championship was also hold that weekend, we decided to participate. It was a great event! Everybody was spreading positive vibes and it was mainly about enjoying every minute on and off the water than about competition. It was so nice to meet so many awesome and friendly girls, who are really pushing hard! As we "suffered" starboard wind, we had a pretty tough competition, since we all are not used to sail the reef with this direction! But it was so fun and the waves were really really good. Sara and I managed our way to the final and had a really good time on the water! She is not only one of the best girls in port tack conditions, her skills on starboard tack are also impressive! Wow...I did not know what exactly happened, but I won. I guess that this was due to the fact, that I just enjoyed riding the waves with the girls. I did not think so much about the things I should do during the heat, I just let it happen and just concentrated on waveriding. In the end, everybody learned so much in that days and the level went up a lot comparing the single to the double! Later that day after the doube, I joined the freestyle guys and had a pretty ok freestyle heat, which was really fun, but cold! All in all that was a great weekend with lot of laughs, wind, waves, friends, positive vibes, some glögg, some more glögg and chocolate cake.

Since than, I did not have so much water time. It is getting dark very early now, which means that windsurfing after work is not possible until March. So, it is gym time again meaning more time training off the water rather than on, but that is also fun! 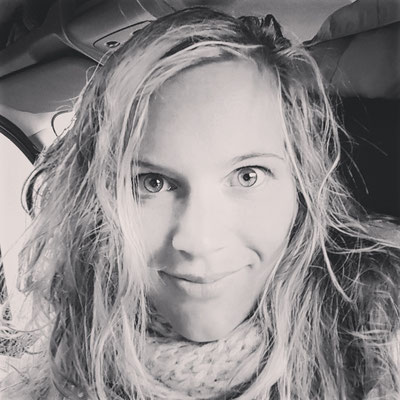 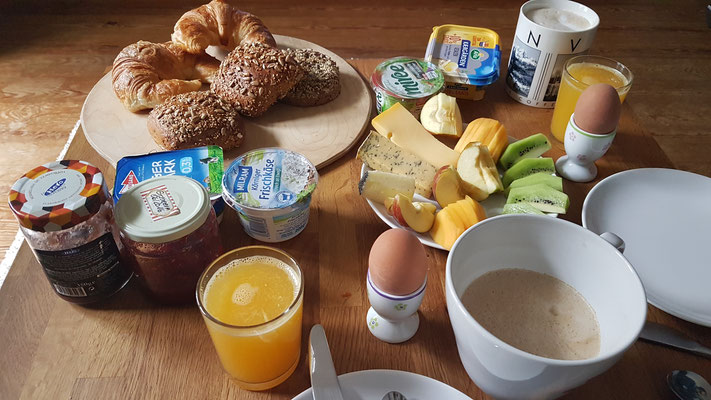 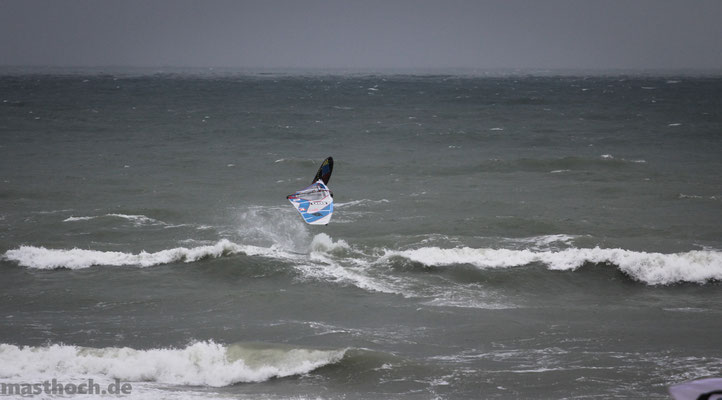 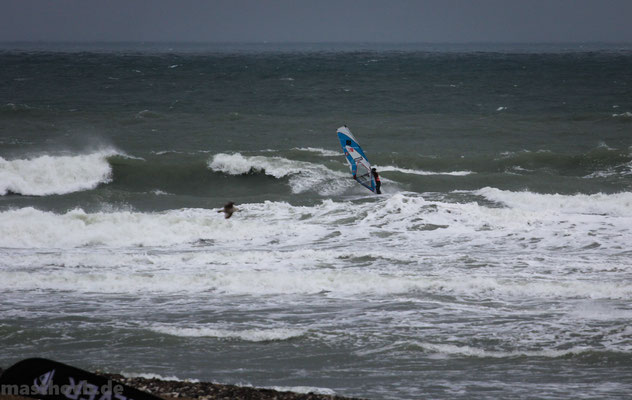 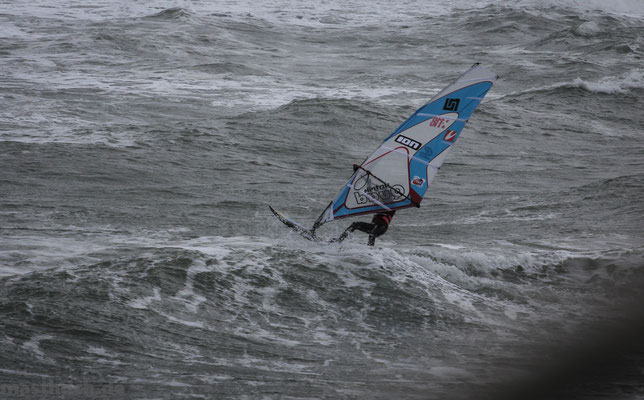 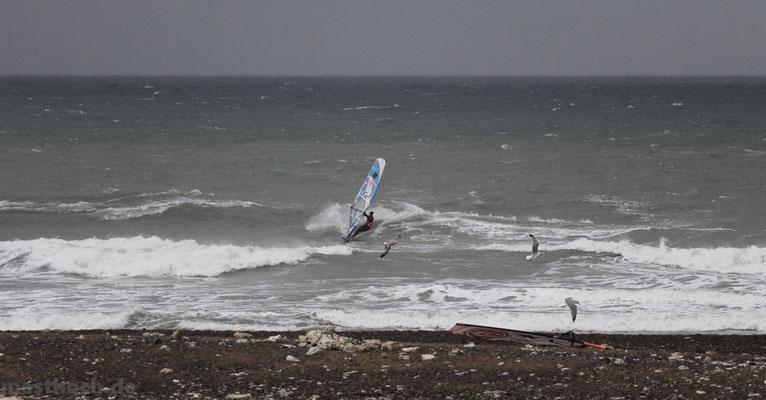 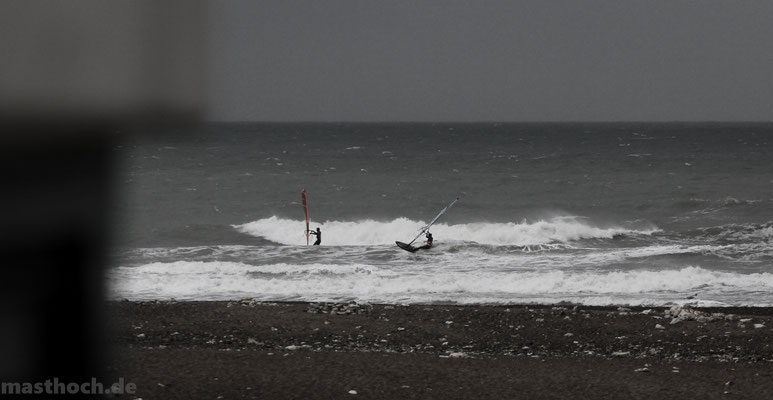 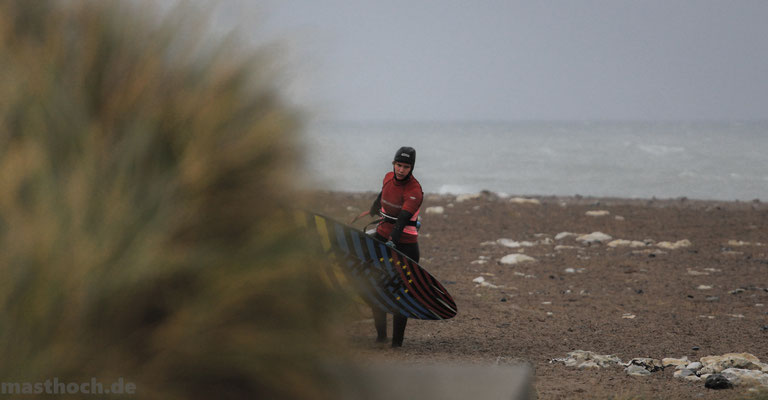 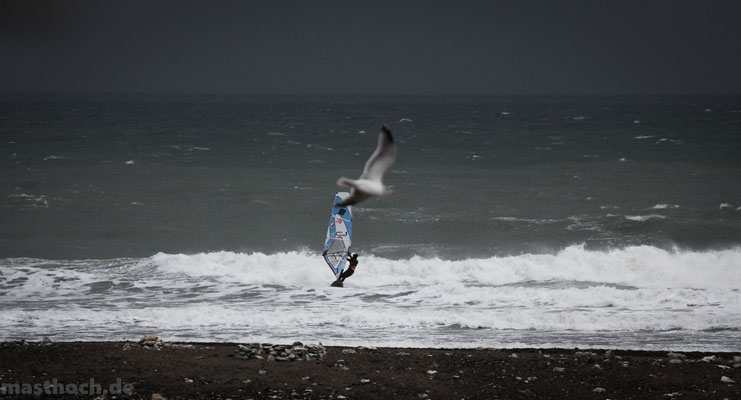 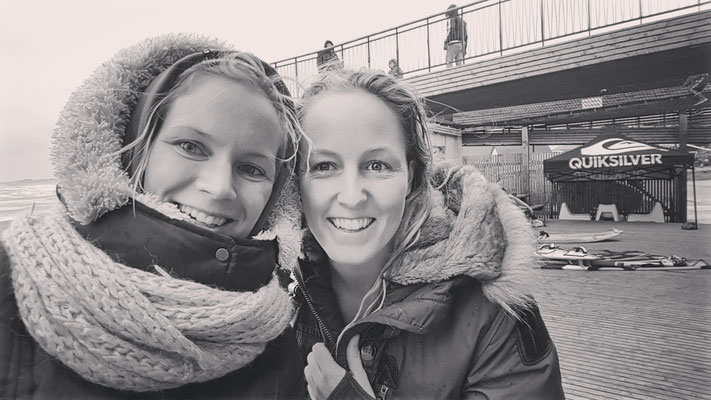 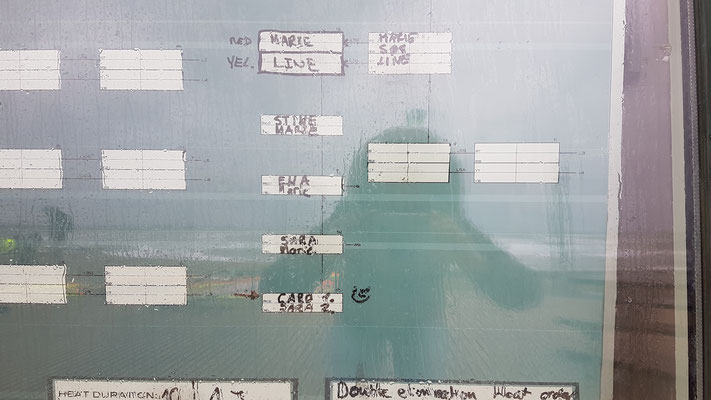 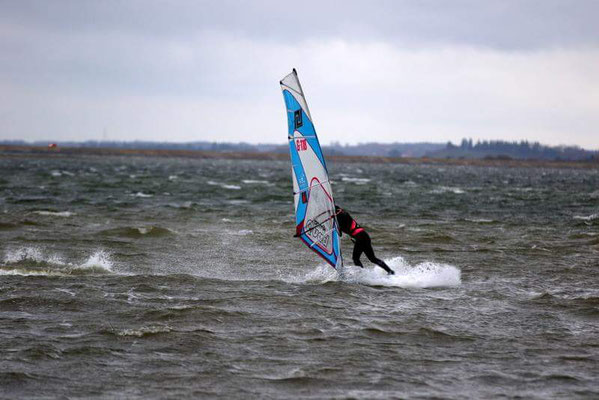 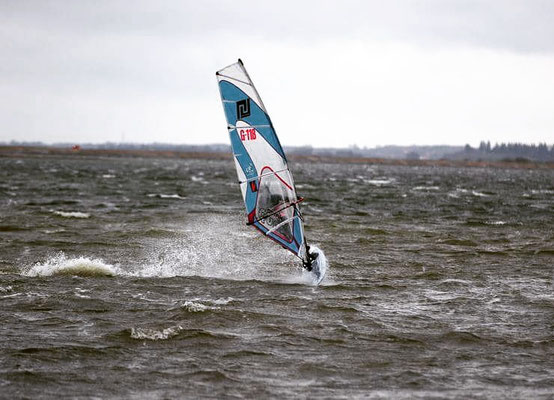 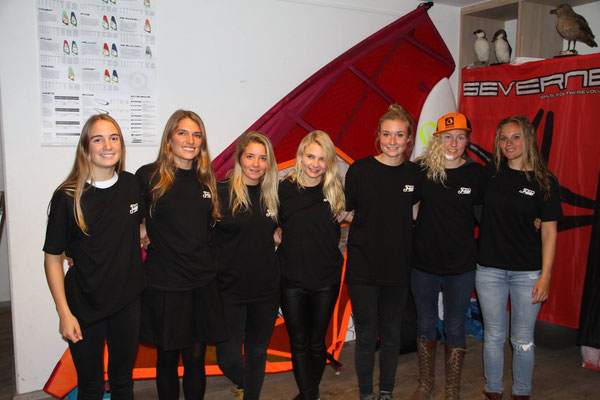 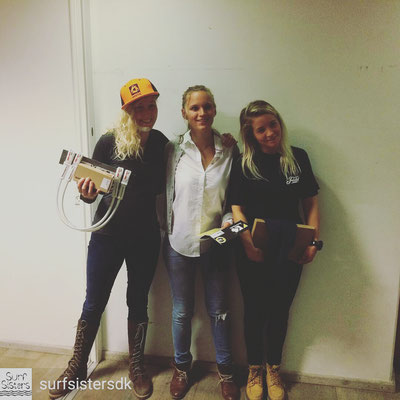 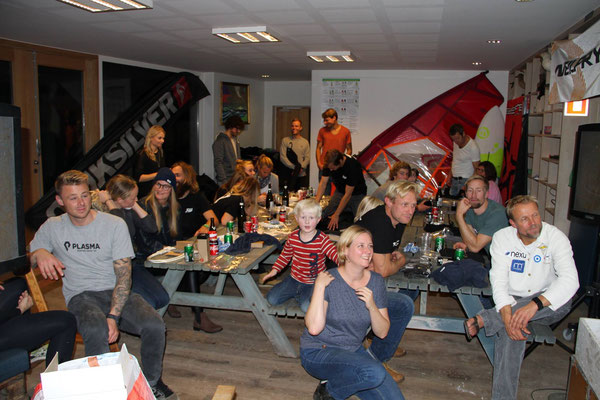 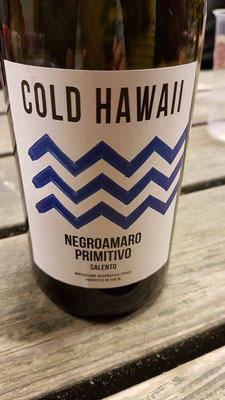 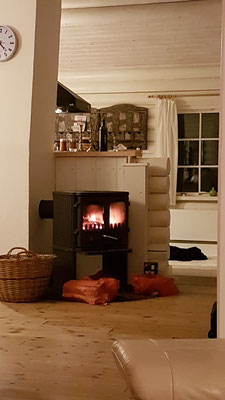 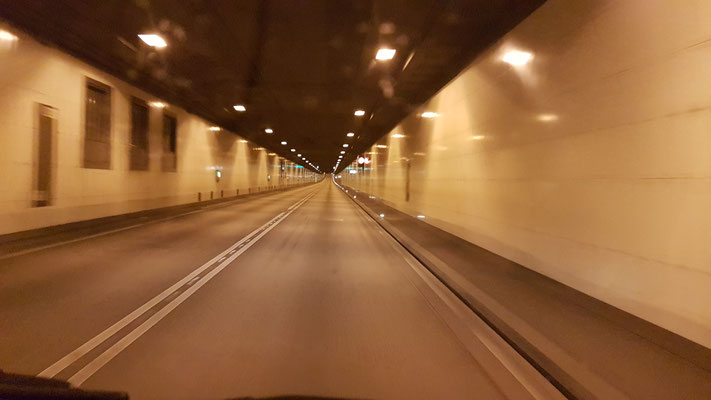 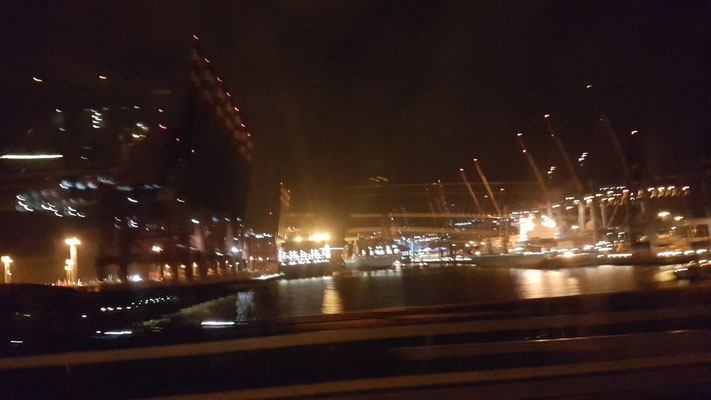 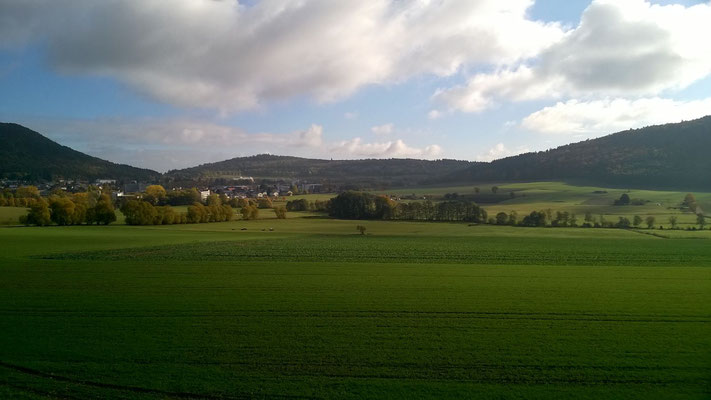 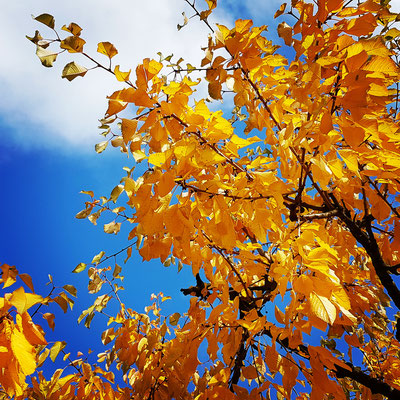